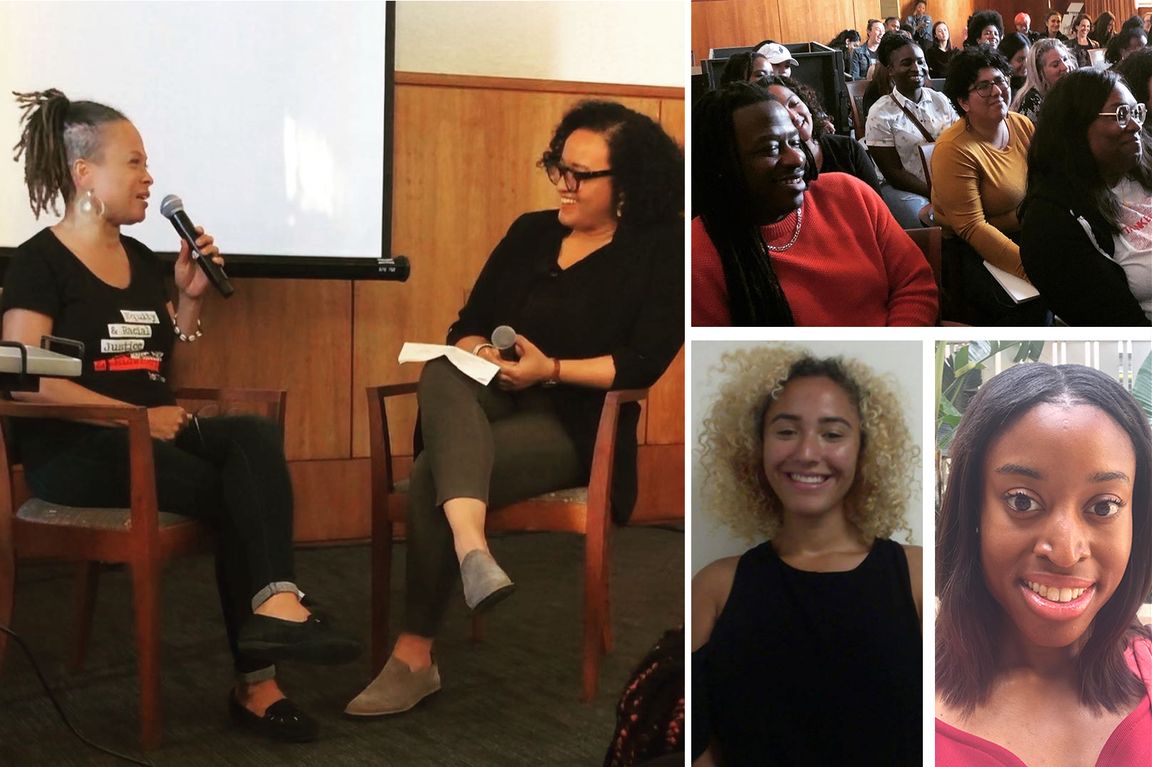 If higher education can be thought of as a superhighway to success and social mobility, Black women have always had to manufacture their own vehicles to access it. They must navigate a system whose fastest on-ramps, most well-maintained lanes, bridges and sources of replenishment were founded and structured to best support those who are white, or male, or both.

Against the backdrop of rampant health, social and economic inequality, women studying and working at universities know that systemic inequities won’t change without radical thinking and eventually a radical restructuring of what the academy itself represents and how it functions.

To support that paradigm shift, in late fall 2019 UCLA’s Center for the Study of Women, with backing from the division of social sciences in the UCLA College, launched the Black Feminism Initiative. The mission of the initiative is to support, develop and perpetuate Black feminist scholarship and ideas among the campus community. They do this by way of fellowships, mentorships, public programming and they are also developing collaborations with community organizations to advance these goals.

The need for such a group was acute, and the voices they can bring to the current cultural conversation around social justice are critical, said Sarah Haley, who directs the Black Feminism Initiative.

The initiative also serves as a means of mutual aid for the interdisciplinary approach and community-engaged research of its graduate students, which is often undervalued not only by the structures of academia writ large, but sometimes, members say, even by their own institution.

The idea for the Black Feminism Initiative originated from a course taught by Haley, a professor of gender studies and African American studies at UCLA . About 15 students are currently involved in the initiative, which is in the early phases and is not necessarily limited to Black women, or even just women. There are four affiliated faculty in this early phase and the group is working to expand.

Haley is proud that Black Feminism Initiative offers two graduate fellowships: one named for Alisa Bierria, a professor of African American studies at UC Riverside; and the other for Mariame Kaba, researcher in residence at the Barnard Center for Research on Women. Bierria and Kaba are leaders of Survived and Punished, a group dedicated to advocating for the release of incarcerated women who are themselves survivors of violence.

“We’ve had a lot of conversations about a variety of Black feminist research practices and what does it mean for us to be Black feminists at UCLA, but also what does it mean to do our research in a way that really values the lives and contributions of Black women personally,” said Jaimie Crumley, a fourth-year doctoral student in gender studies who serves as one of the initative’s student coordinators. Crumley’s work is historically based, about 19th century free Black women who were abolitionists.

“These days we call that anti-carceral feminism, but it’s really about abolition,” she said. “We’re having a lot of conversations about archives and the silence and the violence that is done to Black women just because of the way that our stories are remembered or captured in official state archives. We’ve also had a lot of conversation about digital life and how Black women are represented online.”

Thinking about care and community

Confronting the very visible disproportionality of care for Black women is also a major theme for members of the group, from how Black nurses and essential workers have been affected by COVID-19, to the vulnerabilities of Black women to violence, both state and individual, to the fact that Black women are so much more likely to die in childbirth than other women.

“The scholarship we’re doing is related to our own survival and the survival of people who are in communities that we care about,” Crumley said.