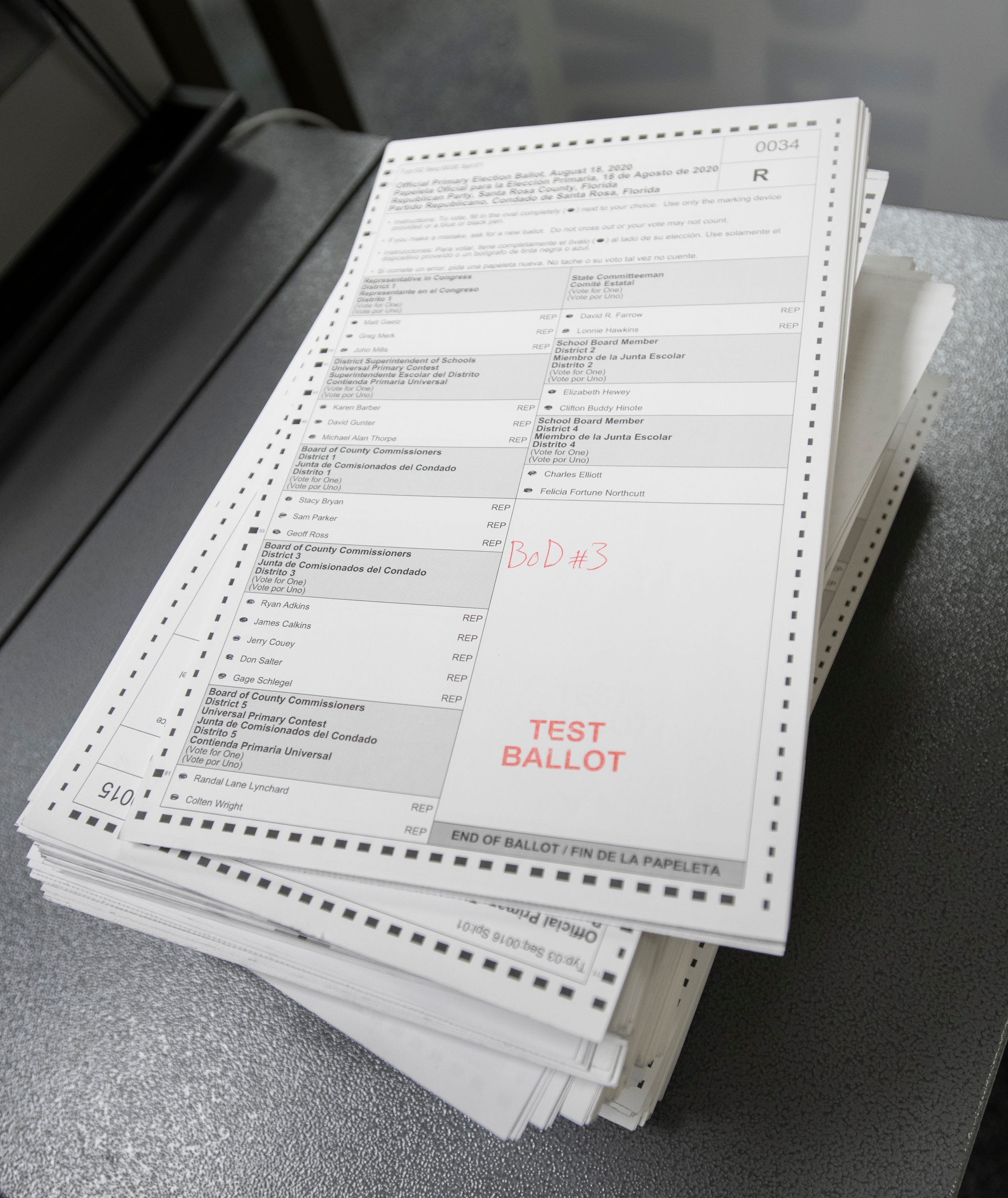 A recount Saturday confirmed that Charles Elliott will be the new Santa Rosa County School Board member for District 4.

Elections staff spent Saturday conducting a machine recount of all 33,000-plus ballots cast in the race, then completing a manual recount of approximately 2,700 ballots where voters selected either both or neither of the candidates.

All the winners: Find out who won in the Escambia and Santa Rosa County primary elections

On his campaign Facebook page, Elliott wrote that he is a lifelong resident of Santa Rosa County and a Milton High School graduate. His professional background includes 26 years working at an area funeral home. Elliott’s campaign ads focused on issues such as bringing “accountability” to the school board and eliminating wasteful spending, securing pay raises for local teachers and ensuring students are safe when they return to campuses this summer.

The current District 4 board member, Jennifer Granse, did not seek re-election this year, closing out eight years of service on the school board.

For the school board District 2 seat, Clifton “Buddy” Hinote, the current board chairman, was ousted by newcomer Elizabeth Hewey on Tuesday. Also in the primary, incumbents Don Salter and Lane Lynchard lost their seats on the Santa Rosa County Board of County Commissioners.

While it is impossible to know exactly how big a role recent controversies in Santa Rosa County government played in Tuesday’s election results, they were almost certainly a factor.

In February, outgoing Superintendent Tim Wyrosdick send an endorsement letter to teachers encouraging them to donate to the campaign fund of Hinote. The teacher’s union said the missive was inappropriate and that some teachers felt pressured to support the campaign.

Also, in the weeks ahead of the election, dissatisfied parents petitioned the district to add a remote learning option for families who didn’t feel safe sending their students back to campus during the COVID-19 pandemic. Some parents contended the remote option the district implemented was not significantly different from a virtual school option that was already in place, and the district ultimately laid off around 40 teachers it didn’t have budget to retain.

Additionally, many voters have expressed frustration that the county has struggled to keep up with local school and infrastructure needs. Voters soundly rejected a proposed half-cent sales tax increase to fund new school facilities, saying the costs of growth should be borne by the developers and transplants who benefit from it. While the county eventually acquiesced to voters’ will and sought to implement impact fees on new developments, the process has stalled in court.