A student engineering team from Escambia High School has won an award from NASA for the rover they designed as a capstone project last school year.

Constructing a rover is the capstone project for a four-year engineering program at Escambia High School, and each year the students enter it into the NASA Human Exploration Rover Challenge to face other high school and college teams from around the world.

Typically, the challenge consists of a time-trial race at NASA’s Marshall Space Flight Center in Huntsville, Alabama, as well as the handing out of individual awards.

This year, the competition was held virtually because of the coronavirus pandemic. The participants could not race, so they instead submitted plans and participated in virtual interviews to be considered for the awards. 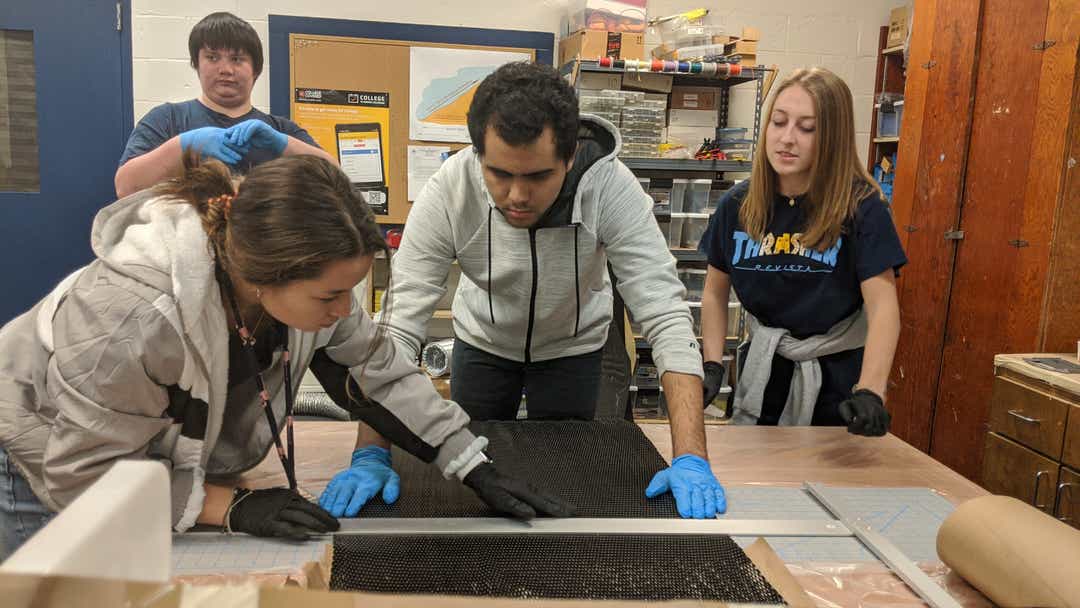 “They really worked hard and boy, they were so heartbroken when the event got canceled and they couldn’t go. So it was kind of cool to see that all their efforts were still recognized,” Deloge said.

The 19-student team from Escambia High School won the Neil Armstrong Best Design Award in the high school division. That award “recognizes the team that best designed their rover to take on the punishing Rover Challenge course, making maximum use of resources and ingenuity,” according to the news release.

“As an engineering academy, and you go there and NASA says ‘you guys came up with the best design,’ I mean really to me as the engineering teacher, that really tells you that you succeeded,” Deloge said. “I think that’s pretty cool.”

In all, 111 teams from 27 states as well as Washington, D.C., Puerto Rico and 11 other countries competed in this year’s challenge, according to a news release from NASA’s Marshall Space Flight Center. Awards were presented in eight categories and winners were announced virtually in August.

As for the rover, Deloge said the team was focusing on making it as light as possible. Generally, a rover is a vehicle that can fold up and fit into a confined space as well as be driven and powered by two human beings.

Emily Geiger, the treads captain for the rover, said she got interested in engineering early with LEGOs as a child. That’s why she joined the engineering academy her freshman year of high school.

“I was so happy to be working on the rover itself because we’re actually building something. We’re creating something. I mixed in chemicals and poured it in and let it cure to make tread holdings,” Geiger said. “It wasn’t just surface learning.”

Geiger said she was in the middle of working on silicon moldings with chemical-covered gloves on when she found out the in-person time-trial race would be canceled this year. She said the team still continued to work.

“(The award is) acknowledging that ‘hey, our design, it was actually a good idea and it was going to legitimately work,'” Geiger said. “We’re so proud. This was going to be a really good year for Escambia.” 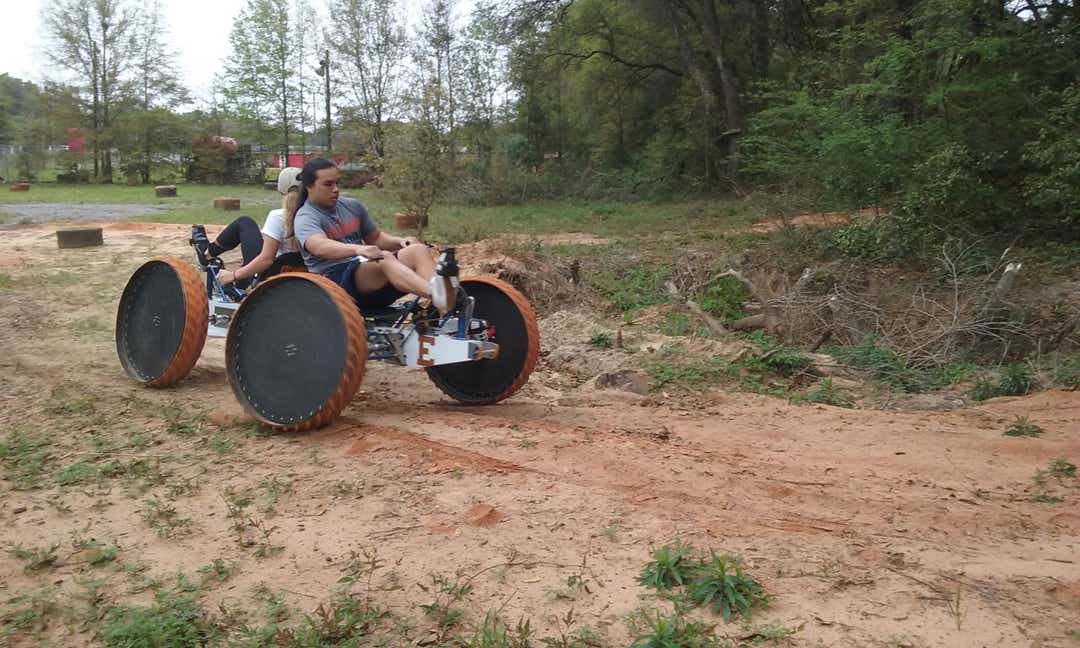 Henry Demedeiros, the team’s drivetrain captain, said while he wished he could’ve won the award at the event itself before the school year ended, learning about it now is still “surreal,” especially because it was an award their teacher has wanted.

“It was kind of surreal. Like ‘us winning something? That doesn’t make sense.’ Because when we compete over there, we would see some pretty cool designs,” Demedeiros said. “It was kind of crazy, so for us to be at that level right now was just ‘whoa.'”

Demedeiros is now studying at Pensacola State College and hopes to pursue mechanical engineering or architecture.

“Even though we didn’t get to compete, I feel that we accomplished enough even with our determination because everyone was on top of this project,” he said. “We kept on it every single day.”