Inspire will total 350 units across three buildings when finished, and it is the first phase in a large development proposed for the 52-acre site, which will also include commercial space and additional housing. The first renters are expected to move in around Dec. 1, with tours of the buildings likely beginning next month.

The developers plan to build on just over half of the parcel and leave the other half as natural space. The north portion, which is being called the “Town Center District,” is where the commercial space will be constructed. 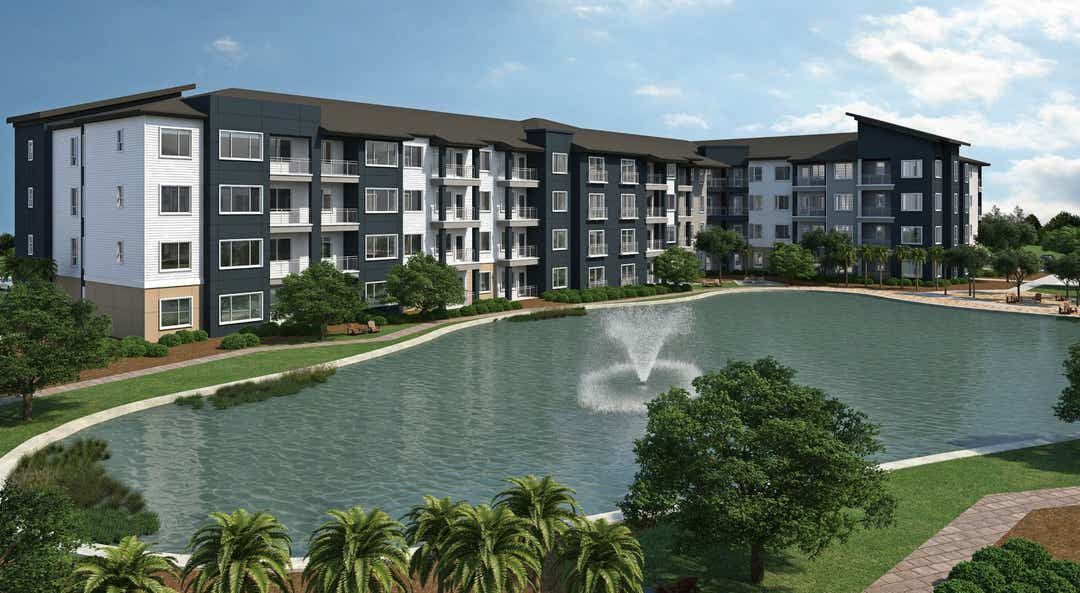 No business tenants for the commercial space have been finalized, but Dennis Pemberton, executive managing director of Inspired Communities of Florida, said he hopes to have a day care center for renters, as well as something like a boutique grocery store or a higher-end convenience store.

Pemberton said there could be room for up to 10 commercial parcels, and he hopes to have some of the commercial space opened in mid-2021.

“We’re very excited and think we’re going to offer something unique to the market, not just in terms of the physical aspects of the project but also our emphasis on creating community,” Pemberton said, adding that an activities coordinator will be hired.

Pemberton declined to give a rental price range for the units, saying developers are still “fine tuning” the pricing, but the units will be considered luxury with plenty of amenities to go along with it.

The luxury complex is being completed as residents are facing a slow economy and an 8.5% unemployment rate in the Pensacola metro area. There’s also been a focus lately on constructing more affordable homes for the community by city and county leaders, with a recent report saying only one of Pensacola’s top 10 jobs can support an average two-bedroom apartment.

Pemberton said developers are keeping an eye on the area’s biggest employers, though, including neighboring Navy Federal, which is working to grow to a total of 10,000 employees. Also, he said, he believes Pensacola’s economy is faring better than other markets in the pandemic because some of the job sectors have been more resistant to the downturn.

“Any business is dealing with the impact of the pandemic,” Pemberton said. “That is something that we’re being mindful of and we looked at … what we’re offering and what the value we’re providing to our residents, and we think that value is a compelling opportunity, a compelling situation there.” 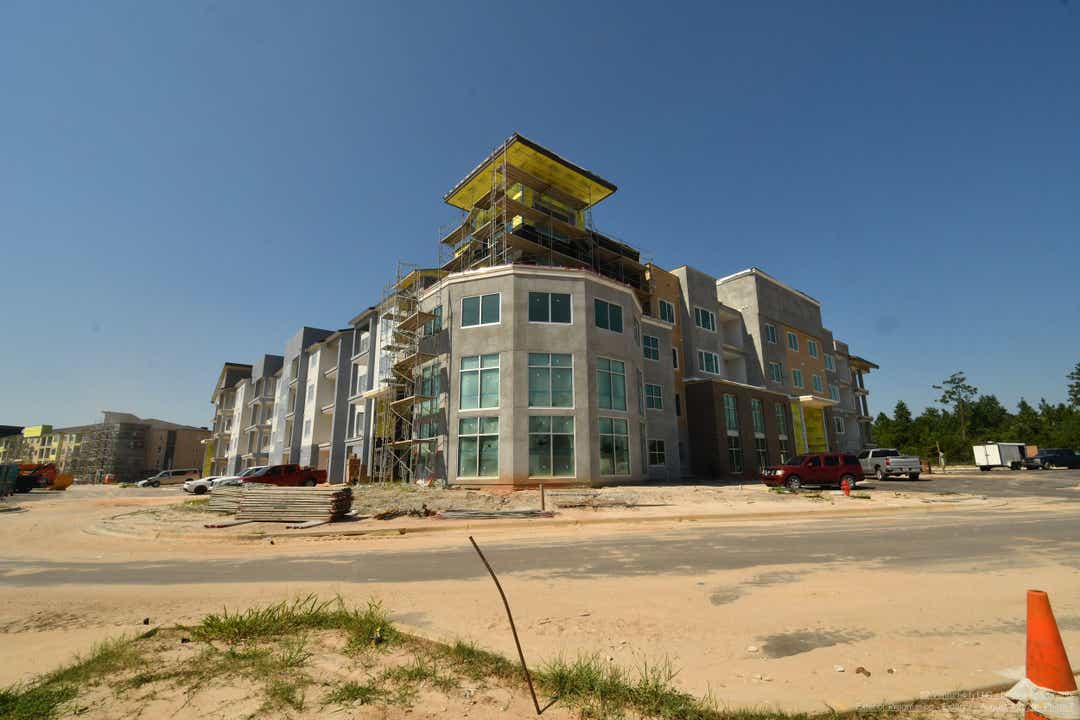 Allison Buckley, property manager, said she’s seen a lot of interest so far in the buildings. She said she thinks the apartments will appeal to young professionals, working families (due to the potential day care) and retirees.

Buckley, who has spent much of her career in property management, said a lot of the apartments in Pensacola are older and don’t have multi-use spaces like Inspire.

“I think it’s going to be very different, and the fact that it’s going to be mixed-use is really exciting because we don’t have a lot of those either,” Buckley said. “The fact that they’re proposing to have a day care on site is something … that I have not seen before, outside the box. I think people are going to love that.”

The construction timeline has not been affected by the pandemic, but a number of protocols inside the complex have been changed to help slow the spread of the coronavirus.

Furniture in common areas will be spaced out to allow for social distancing, and air purifiers and hand sanitizer stations have been installed. Business and fitness center equipment will have partitions and staff will offer a fitness-on-demand app so residents can work out on their own.

“We’re really excited and focusing on creating a community, a place where people can interact,” Pemberton said. “You can’t do that if you’re stuck in your apartment, so we have all these wonderful common areas, but of course, we need to take into consideration people’s safety.”