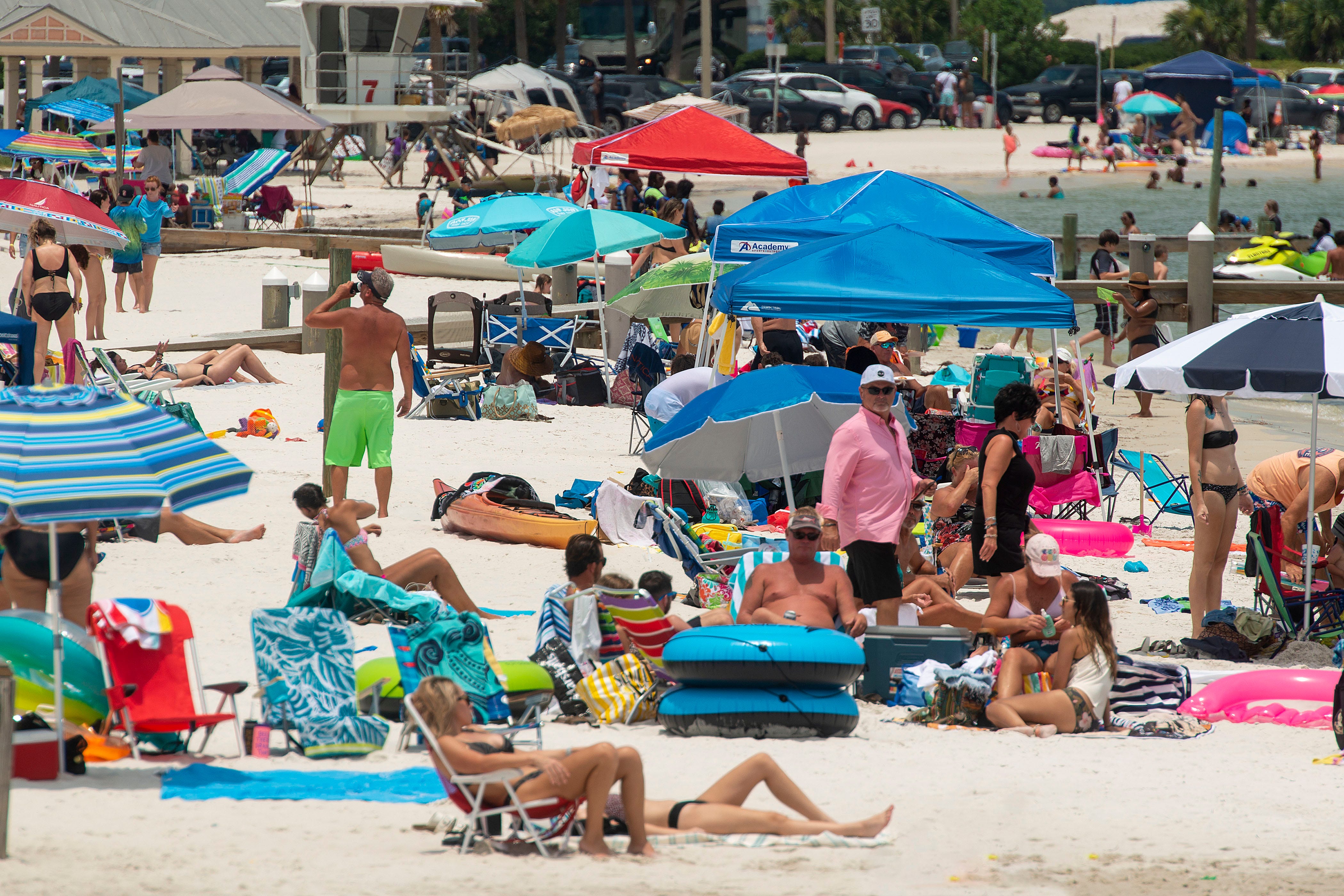 TALLAHASSEE — Florida’s vital tourism industry suffered an estimated 60.5 percent drop in visitors as the COVID-19 pandemic hit hard during the year’s second quarter, with international travel off more than 90 percent.

And the outlook remains dim for the state following the nearly 20 million visitor drop from April through June. The tourism industry must combat ongoing negative perceptions of Florida’s handling of COVID-19, international travel bans, people slow to return to entertainment venues and double-digit unemployment.

During the second quarter, an estimated 12.801 million people — almost all traveling from other states — came to Florida as businesses were shut down in April and amid harried reopening efforts in May and June, according to numbers posted Sunday by the Visit Florida tourism-marketing agency.

Florida saw a 12.3 decrease in first-quarter tourism from 2019, representing a reduction of 4.4 million visitors, as the pandemic started to take hold. In all, an estimated 31.39 million visitors came to the state during the first quarter.

Among the second-quarter 2020 numbers, Florida saw just 235,000 overseas visitors and 9,000 Canadians, per the numbers posted by Visit Florida.

The state, which had been on a nine-year run of increasing tourist numbers, estimated nearly 2.65 million overseas visitors in the second quarter of 2019 and 931,000 Canadians in the same time.

After releasing the second-quarter numbers Sunday, Visit Florida added a note online that the pandemic has impacted the way the numbers were estimated and that the international figures released may be higher than the actual totals.

“Please note that due to the unprecedented nature of the COVID-19 pandemic and the impact it has had on data used to produce visitor estimates, the numbers provided … are likely to face larger-than-normal revisions as new data become available,” Visit Florida said in the note.

“Also note that for Q2 2020, VISIT FLORIDA believes that the number of overseas visitors to the state was actually 20,000-30,000, but the officially published estimate was calculated using the standard methodology per request from the principals of the Revenue Estimating Conference,” the agency note said, referring to a state panel that analyzes economic data and revenues.

With Florida continuing to add thousands of coronavirus cases a day, a sharp rebound in the tourism industry isn’t expected soon.

Visit Florida has set aside $13 million to market toward a tourism rebound. The initial emphasis will be to get Floridians to explore other parts of the state and to attract people in nearby states.

While Florida has been working to reopen the economy since May 4, an increase of COVID-19 cases and deaths starting in late June has slowed the effort, amid continued negative news about the state and bars and breweries prohibited from on-site sales of alcohol.

Last week, Walt Disney World posted on its website plans to cut back hours starting Sept. 8 as the Florida theme parks have reported more cancellations than anticipated since reopening in the first half of July.

As July came to an end, Ohio Gov. Mike DeWine went on the NBC show “Meet the Press” and warned that his state was at a crucial stage with COVID-19 cases rising and “could become Florida.” Pennsylvania Gov. Tom Wolf followed with his own statement that “We don’t want to become Florida.”

At the same time, Toronto Blue Jays President Mark Shapiro spoke against moving baseball games to the team’s spring training facility in Dunedin because of player health concerns. Canada’s international travel restrictions regarding the U.S. required the team to find a home ballpark in the U.S. The team settled on Buffalo, N.Y.