The city of Gulf Breeze’s Community Redevelopment Agency on Monday will consider a multi-million dollar flyover and walkover project for the U.S. 98 and State Road 399 interchange that, if approved, will transform traffic in the area, especially traffic going to and from Pensacola Beach.

The interchange, which is the overpass that directs the flow of traffic to and from Pensacola Beach in and out of the city of Gulf Breeze, is long overdue for a makeover to ease traffic congestion. Mayor Cherry Fitch described it as a “pinch point” that has needed an overhaul for some time now. 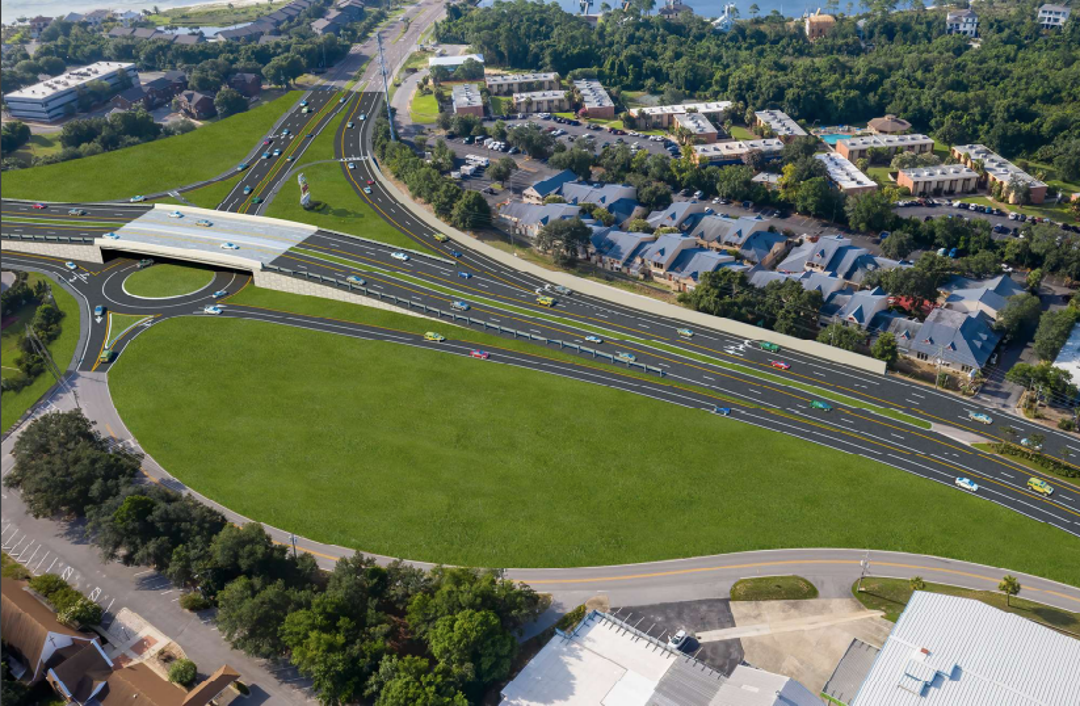 “A year ago, District 5 Secretary Jared Perdue and I discussed traffic challenges and the city’s multi-modal vision for better connecting not only our city, which is bisected by U.S. 98, but also connecting Pensacola’s bike lanes to Naval Live Oaks,” Fitch said in an email to the News Journal on Friday. “The current outdated 399 overpass design is a pinch point for highway and beach traffic, disrupts the multi-use lanes from Pensacola and Naval Live Oaks on either side, and land locks Andrews Institute and Zix/App River. Gulf Breeze’s build out makes highway expansion improbable. This is a long-range project, but it is an important step after a year-long study, to put a concept on the table for talks with our stakeholders and FDOT.”

According to a traffic study, between 2013 and 2018, there were 1,127 crashes in the project area. Eleven of those crashes involved bicycles and pedestrians.

The city’s CRA authorized the McKim and Creed/Volkert engineering team in November 2019 to perform a study, and the firm will present the findings of their study to the council, as well as plans for approval, on Monday night.

The plan includes two parts: a pedestrian overpass that would be placed at one of two locations, and the interchange itself that would include a flyover.

The pedestrian overpass would be located on U.S. 98, either by the Flowerama and the Walmart Neighborhood Market or by the Publix shopping center. Whichever location the council decides on will connect to the city’s planned Fairpoint-Shoreline multi-use “loop,” connecting the north and south sides of the city that are bisected by U.S. 98. 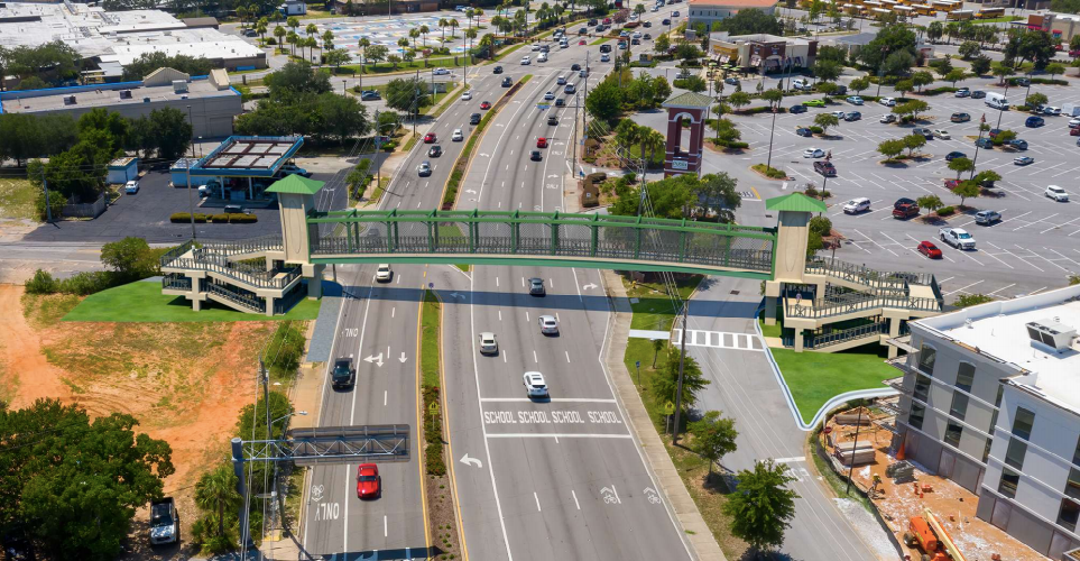 The plans to the interchange would include a roundabout and flyover, nearly identical to the one being built on the Pensacola side of the Three Mile Bridge.

The Gulf Breeze roundabout would be “scaled accordingly,” per city documents, and was determined by engineers to be the most effective way to a) move traffic through the interchange, b) provide multi-modal connection to the existing National Seashore and Pensacola Beach multi-use pathways, and c) free up additional land for private development in the areas immediately surrounding the interchange.

“The city is considering a design intentionally similar to Pensacola’s roundabout and flyover at 17th Avenue, but scaled for U.S. 98 and 399,” Fitch said in the email. “The proposal for two roundabouts north and south of the new bay bridge would become emblematic to the Pensacola Bay area.”

The CRA will meet virtually at 5:30 p.m. on Monday. The CRA’s agenda and information on how to participate can be found here.

If the council conceptually approves the designs, the next steps will include public input, as well as coordination with the Florida Department of Transportation and the Emerald Coast Regional Planning Council for inclusion in transportation planning documents for future scheduling and funding.