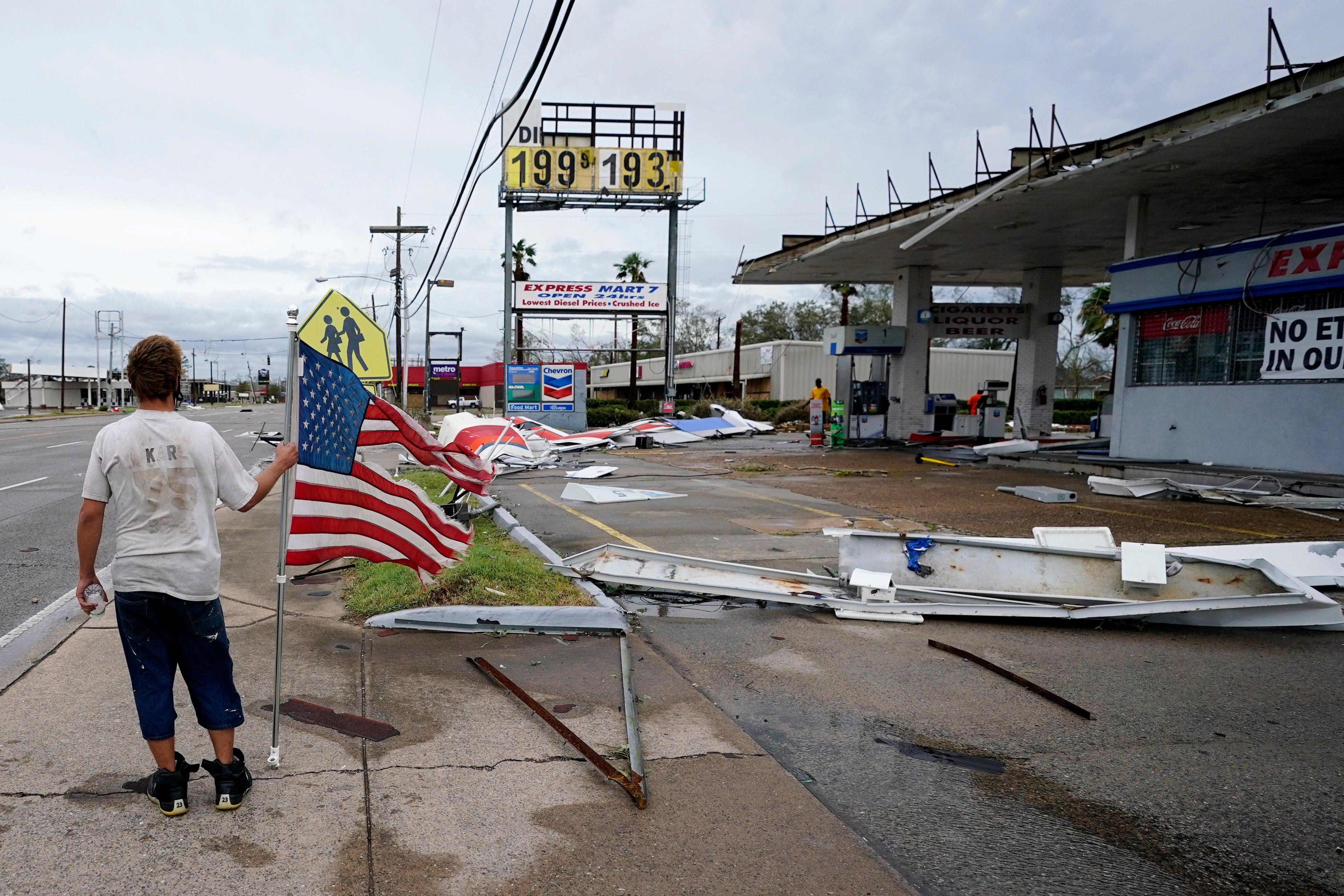 It will likely take days to get a clear picture of the devastation Hurricane Laura wrought as it swept over the coast of eastern Texas and Louisiana and headed north into Arkansas. But the images gathered by news organizations and shared across social media are heartbreaking, showing homes and other buildings ripped to shreds by hurricane winds and tornadoes or swamped by storm-surge water and flash flooding.

Laura, which was a strong Category 4 storm when it made landfall, was so powerful it forced the Mississippi River to flow backwards. Its damage will be extensive. More than 800,000 people were without power Friday morning, and USA Today reported at least six people dead in Louisiana and one in Texas. The storm surge wasn’t as bad as predicted, but in some areas it was nine feet or higher, enough to float vehicles and swamp one-story structures. Hundreds if not thousands of evacuees will return to heavily damaged homes and destroyed businesses. A chemical plant near Lake Charles, Louisiana caught fire during the storm and was still smoldering Friday morning.

Even before the storm winds died down, help was on its way  – crews from utilities across the nation, including 900-plus workers from Florida Power and Light, headed to the affected areas this week. The legendary rescue and relief  groups known collectively as the Cajun Navy were mobilizing through social media. Hundreds of volunteers for the American Red Cross were also deploying throughout the area, and the Salvation Army plans to set up more than 40 mobile feeding sites. These efforts will be greatly appreciated over the next few weeks  – and Floridians who feel a kinship with these storm-battered folk should consider donating to one or more of the relief efforts.

But local residents, along with state and federal leaders, must also think about the long haul.

It’s too early to put a dollar figure on the loss, but we already know that our fellow Americans will need help. Not just in the short term, but for through the long, painful process of rebuilding. For some, their entire way of life  – their homes, their jobs, their places of worship, their children’s schools  – are gone. Some coastal towns, such as Holly Beach and Cameron, may never be the same. Others, including Lake Charles, avoided the worst storm-surge damage but were still ravaged by high winds.

Residents’ plights will be made even more dire by the times we live in, with the coronavirus devastating the economy and leading to record-high unemployment. Many of the families displaced by Laura were already facing poverty  – and many of the resources, both public and private, that they might have otherwise relied on have been strained by pandemic response.

President Trump has announced plans to tour the affected areas this weekend, USA Today is reporting. We hope he, and Congress, are prepared to deliver aid where it is needed.

In the aftermath of this massive storm, there are bigger questions to face as well. It’s past time to question the rebuilding of shattered coastal communities again and again. And experts are already in agreement that Laura’s ferocity was amplified by warmer-than-usual Gulf waters. Global climate change is real, and it’s a threat to our shared way of life.

Those discussions can wait as we come together to comfort those left devastated by Hurricane Laura  – but they are coming due. And while this time it was the Texas-Louisiana coast that bore the brunt, next time it could be Florida. It could be us.