Forty-ounce margaritas, overstuffed milkshakes, homages to the Spanish settlement at Pensacola, and sweet, sweet tacos are about to come together under one pergola.

If it sounds like Sal de Mar — the new outdoor restaurant at the Hilton Pensacola Beach hotel — has a lot going on, that’s because it does. Separated from the Gulf of Mexico by just a few hundred feet of sand, Sal de Mar has all the personality you would expect from a Pensacola Beach poolside restaurant.

“Sal de Mar means ‘sea salt’ in Spanish,” said Omar Torres, executive chef and hotel director of food and beverage, on Friday. “And we gave it a Spanish and sort of  Mediterranean look to it. The food is very Florida-style food, you’ve got your comté fritters, Yucatan shrimp. We serve it tapas style to give it that Spanish look to it. And then people’s favorites are tacos around here, so we’re making tacos as well.” 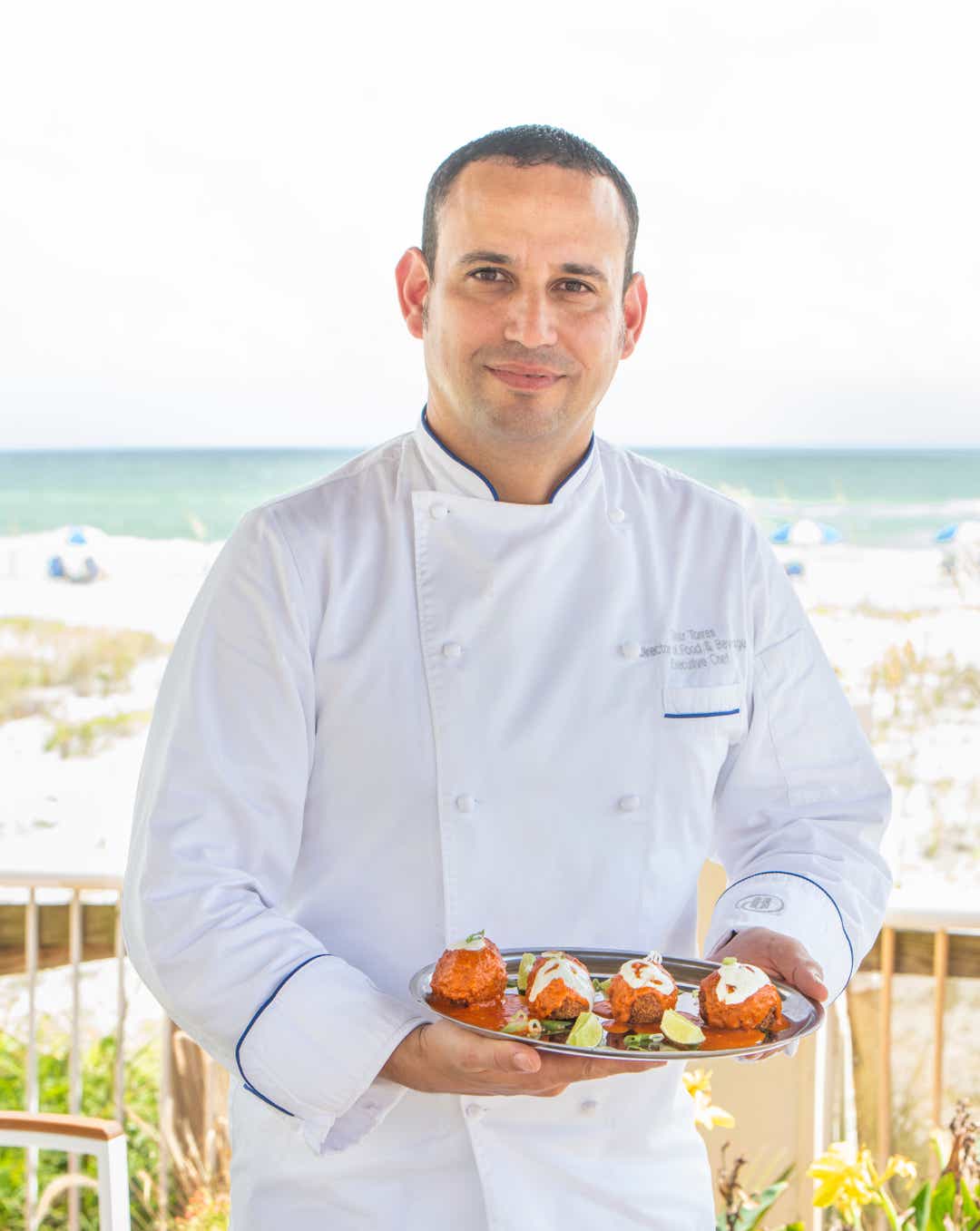 Sal de Mar, which translates to “sea salt,” is projected to open in mid-September.

With Chef Torres at the helm, everything cooked in the new restaurant’s kitchen is done so from scratch. That includes the tacos, each of which start with a fresh tortilla made in-house.

Torres describes the restaurant as an American-style eatery with a lot of Spanish flair and influence. It’s somewhere you can play it safe by ordering a cheeseburger, or venture out a little with some octopus and shrimp ceviche or bombas.

“Bombas are a classic Spanish dish that are kind of like a potato croquette, but we do it a little more American style,” said Torres, who also runs the Bonsai Japanese sushi restaurant that opened at the hotel on May 6. “So the menu’s definitely inspired by ingredients you’ll find in Florida.”

Seated under umbrellas and the large pergola, dine-in guests are shielded from the sun at Sal de Mar. Another way to cool off at the new restaurant is to take advantage of the berry mojitos and 40-ounce margaritas.

Forty ounces. You read that right. 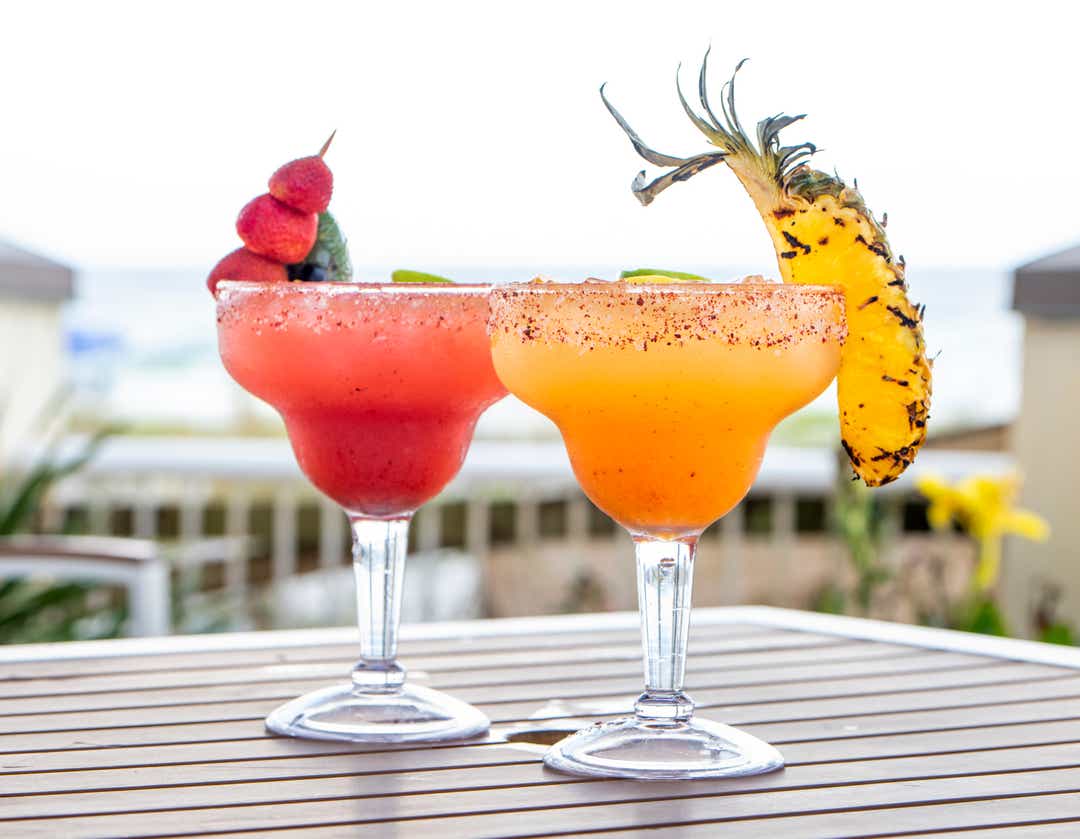 “We’ve got three different kinds in there, so that’s pretty cool,” Torres said of the margaritas, which are made using Casamigos tequila. “We incorporate a little bit of the kitchen into it. Like the pineapple margarita for example, we infuse pineapple into a sous vide and then we grill it. That’s the garnish for it, it’s a big wedge of a pineapple in a 40-ounce margarita.”

Sure to get some double taps from your Instagram followers are the stacked milkshakes, which the restaurant offers with and without alcohol.

“You’re sitting down, you’re having some tacos with tortillas made from scratch and you finish it off with the big milkshakes we’re doing,” Torres said. “It’s a huge milkshake with cake on top. It’s a whole show.” 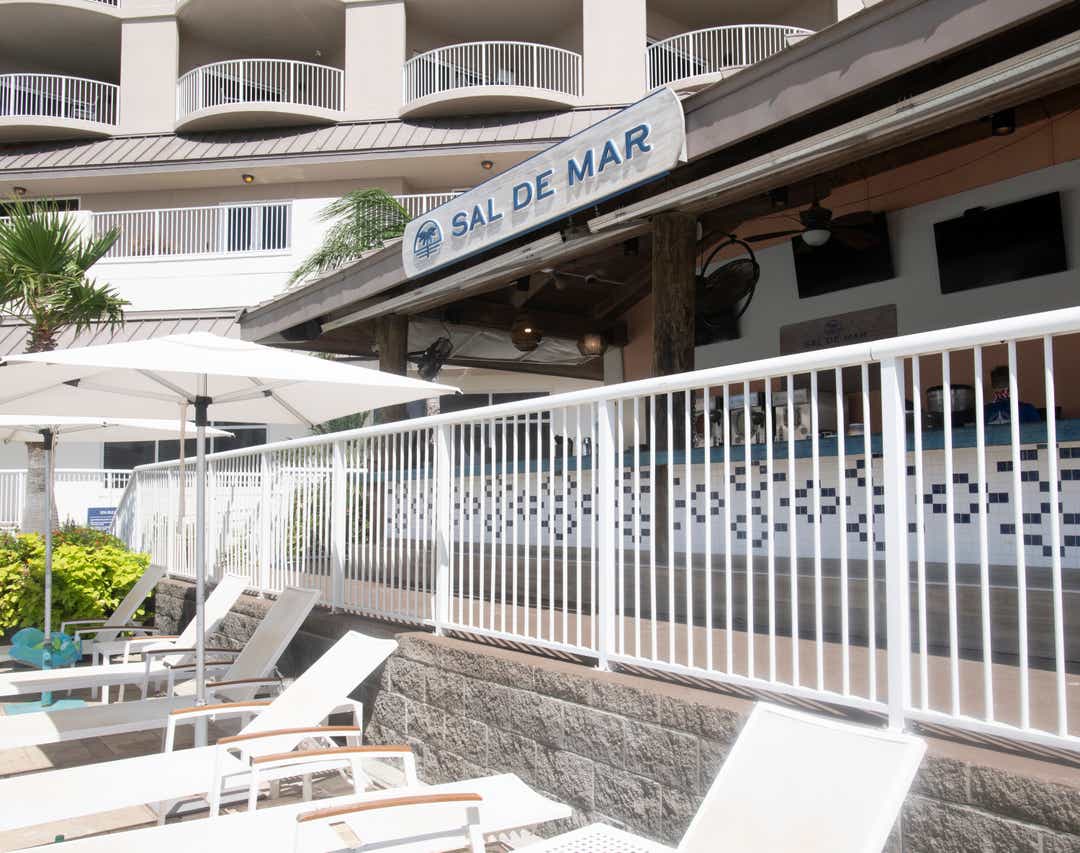 Once it opens, Sal de Mar will operate from 11 a.m. until about 9 p.m. seven days a week. The hotel’s address is 12 Via de Luna Drive

“We want everybody to come out and enjoy it,” Torres said. “There’s a lot of fun food, it’s a nice view. It’s a perfect beach place and we are creating the kind of experience that no one else will have, that’s guaranteed. Come over for food or come over to enjoy the nice sunset with a milkshake or cocktail.”