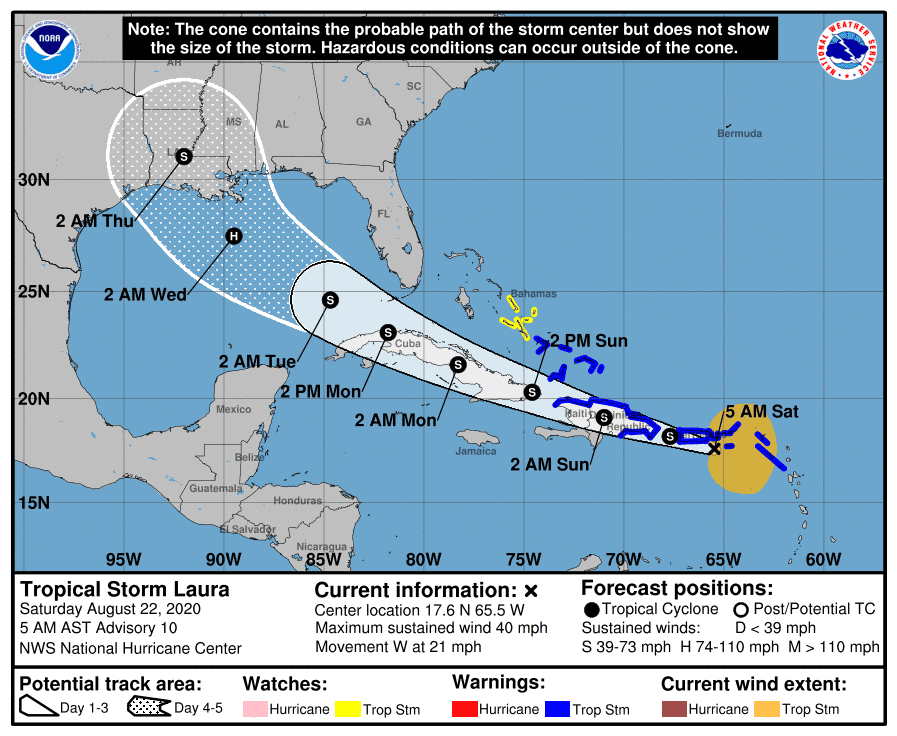 Tropical Storm Marco is strengthening quickly and is expected to become a hurricane later Saturday.

Laura is expected to bring heavy rainfall to portions of Puerto Rico on Saturday, according to the 10 a.m. National Hurricane Center update. Tropical storm watches could go into effect for the Florida Keys later Saturday.

The track and intensity of the tropical storm are uncertain as it moves toward the Florida Straits early next week, according to the National Weather Service.

Forecasters with the National Weather Service in Mobile, Alabama, said in their 6 a.m. update that the storm’s uncertain track means it’s still too soon to determine impacts to the Panhandle, outside of high rip currents.

Tropical Storm Marco is expected to move into the southeastern Gulf of Mexico by Saturday evening. The storm is located 105 miles east-northeast of Cozumel, Mexico. It is traveling north-northwest at 12 mph.

Tropical Storm Marco could strengthen to a hurricane later Saturday and is expected to weaken on Monday and Tuesday.

Both storms could impact the United States within days of each other, according to forecasters.