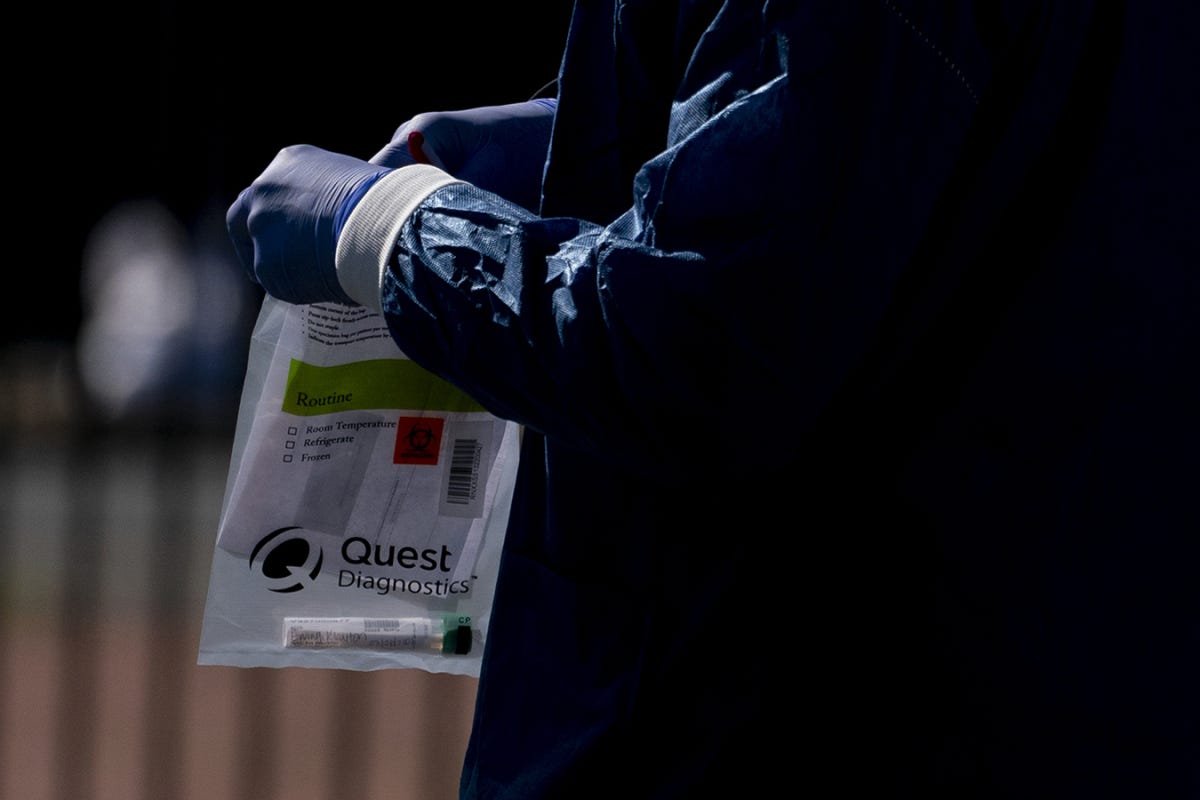 Florida severed its ties with Quest Diagnostics Tuesday at the direction of Gov. Ron DeSantis “after Quest’s failure to follow Florida law and report all COVID-19 results in a timely manner,” the Department of Health said in a news release.

Quest is the second largest provider of private testing in the state since the pandemic began, with over 841,000 tests taken and processed. Laboratory Corporation of America, is first with over 914,000 tests.

According to the DOH, Quest failed to report nearly 75,000 results dating back to April.

“To drop this much unusable and stale data is irresponsible,” DeSantis said in the news release. “I believe that Quest has abdicated their ability to perform a testing function in Florida that the people can be confident in. As such I am directing all executive agencies to sever their COVID-19 testing relationships with Quest effective immediately.”

The decision comes a day after DeSantis brought President Trump’s new medical advisor to the state, Dr. Scott Atlas, to talk about cutting back on the testing of people who are asymptomatic, among other things.

It also comes at a time when testing has dropped significantly across Florida, as much as 30% since its high point. The Department of Health did not immediately respond to requests for additional information.

Today’s dump skews today’s reported numbers, the DOH said. While historically significant, it “will have little impact on the state of the pandemic today,” the DOH said.

The backlog in reporting is more of a data concern than a public health issue since Quest notified everyone who tested positive in a timely manner, so their health was not jeopardized, the DOH said.

The Governor’s office was alerted to the fact that 75,000 tests dating back to April were going into the state’s COVID-19 monitoring system Tuesday. Most of the data is two weeks old, but some numbers date back to five months ago.

The state incorporated information that would be useful and included the rest in the interest of transparency.

The USA TODAY NETWORK – Florida is reaching out to Quest Diagnostics for comment.

Stay tuned to this story for updates.

From January to April 2020: COVID-19 in Florida through photos