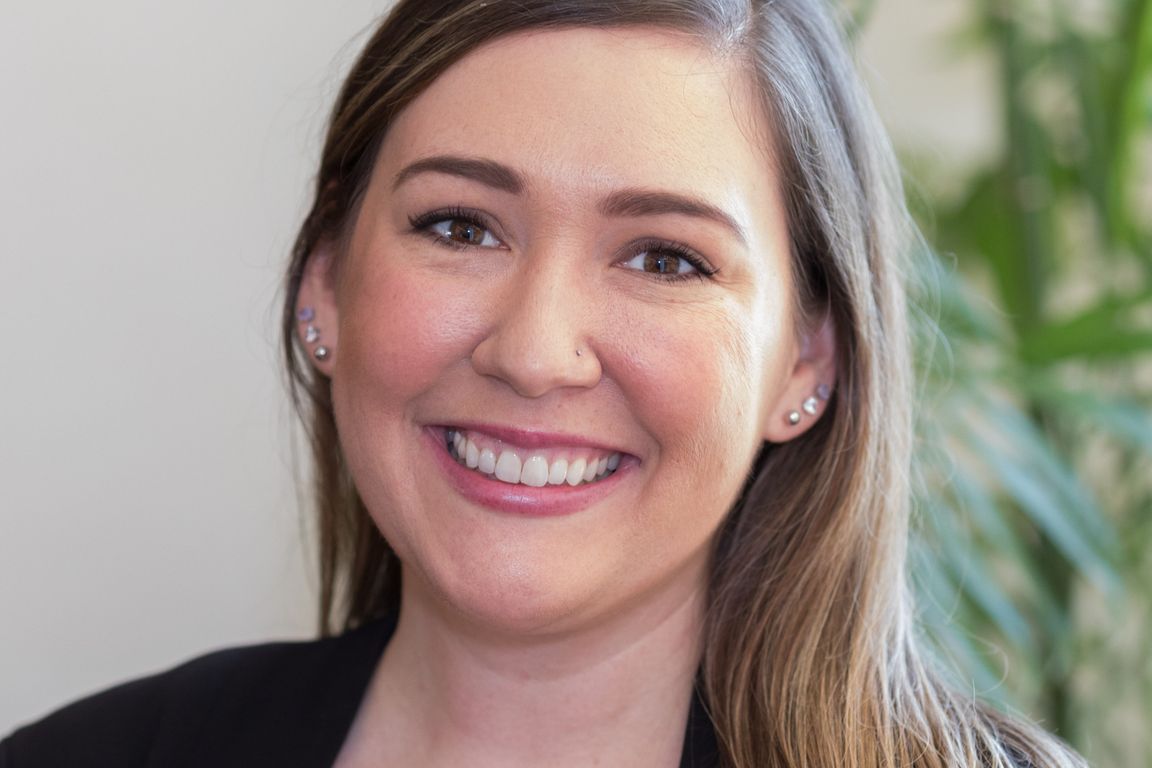 Growing up in Palmdale, Jessica Alexander had dreams of attending UCLA from a young age. It was one of the first colleges she ever saw, and Alexander remembers feeling drawn to the campus 56 miles from where she grew up when she visited during a junior high field trip. When Alexander finally moved into Sproul Hall as a first-generation freshman with a penchant for community service, she was ready to become a part of a new community and dedicate herself to serving it.

So Alexander dove in. She volunteered at every possible opportunity, joining UniCamp, becoming a mentor, and working as a care extender with UCLA Health. Her student job as events staff for Associated Students UCLA, and eventually building manager, was another place where she found a community that was brought closer by working early mornings and late nights together.

UCLA, Alexander says, came to be defined by the people she worked and volunteered with.

Fifteen years later, Alexander’s love for Bruins is as strong as ever as is her desire to serve them and the campus community. Now, though, it’s as the new president of UCLA’s Staff Assembly and this week is her first big event: Staff Appreciation Week, a chance to recognize the more than 30,000 staff who do the less heralded work of keeping campus going every day.

“This year it felt even more important to make this week happen — even if virtually — as staff have been resilient in adapting to all of the changes brought on by this pandemic and have really gone above and beyond to keep UCLA moving,” said Alexander, manager of the student government services division for ASUCLA. “Staff do so much for the university but seldom take a moment to acknowledge that and take care of their own needs.”

Alexander, who returned to work at UCLA in 2017, said that when she joined Staff Assembly in search of a way to refamiliarize herself with the campus and staff, she never expected to find herself in a leadership role. However, now that she has become the leader of the group, she plans to use her recent experience as incoming staff to create programs that have a meaningful impact on the widest range of people.

“Staff Assembly allowed me to connect with colleagues on campus whom I have learned so much from,” she said. “When I had the opportunity to take on the role of president, I put a lot of effort into considering what I could bring to the role to support the board and UCLA staff. I wanted to make sure that I was going to put in more than what I expected to get out of this opportunity.”

Setting an agenda as a leader

The courses UCLA offers through its learning management system include a people management certificate program, which teaches managing relationships, communicating, coaching and team development, all of which are relevant skills for most staff. There is also an online workshop series about managing implicit bias, which again is a relevant skill for every staff position.

“This series allows you to gain a better understanding of what biases you might have and how that impacts your interactions with othersm” she said. “Recognizing that we all have biases helps us more easily recognize and check them.”

However, due to limited professional development funding from some departments, these programs often require staff to pay for them out of pocket. For Alexander and many other staff members, this was a barrier to entry, so she hopes to secure more funding for the professional development scholarships endowment that was created last year in partnership with University Credit Union.

“This year has taught us all that anything can happen, and things can get upended, and we’re in this era of uncertainty,” Alexander said, “so thinking ahead to the future, if something were to happen that would limit our fundraising capacity, how do we make sure that our scholarships are protected?”