Driving just 5 mph in a car is actually pretty difficult, said Gloria Sanders, a Pensacola Beach resident and teacher in Pensacola, who has had to cross the damaged Bob Sikes Bridge since it was damaged by Hurricane Sally when it made landfall last week.

Sanders has driven over it four or five times so far since the storm, with the latest being Monday to go to the grocery store. She’ll also have to commute across it once Escambia County schools resume later this week.

“I do think about it (being damaged). I try not to dwell on it,” Sanders said. “It’s really hard to drive 5 miles an hour. I mean I was driving closer to 20 and I was like ‘Whoa.’ And so was everybody else, so I’m hoping that it’s safe.”

That speed limit is required to reduce vibrations on the the bridge, said Commissioner Robert Bender. During the storm, water got behind the support beams of the bridge and undermined the dirt that’s an additional support to the roadway leading to the bridge, he said. 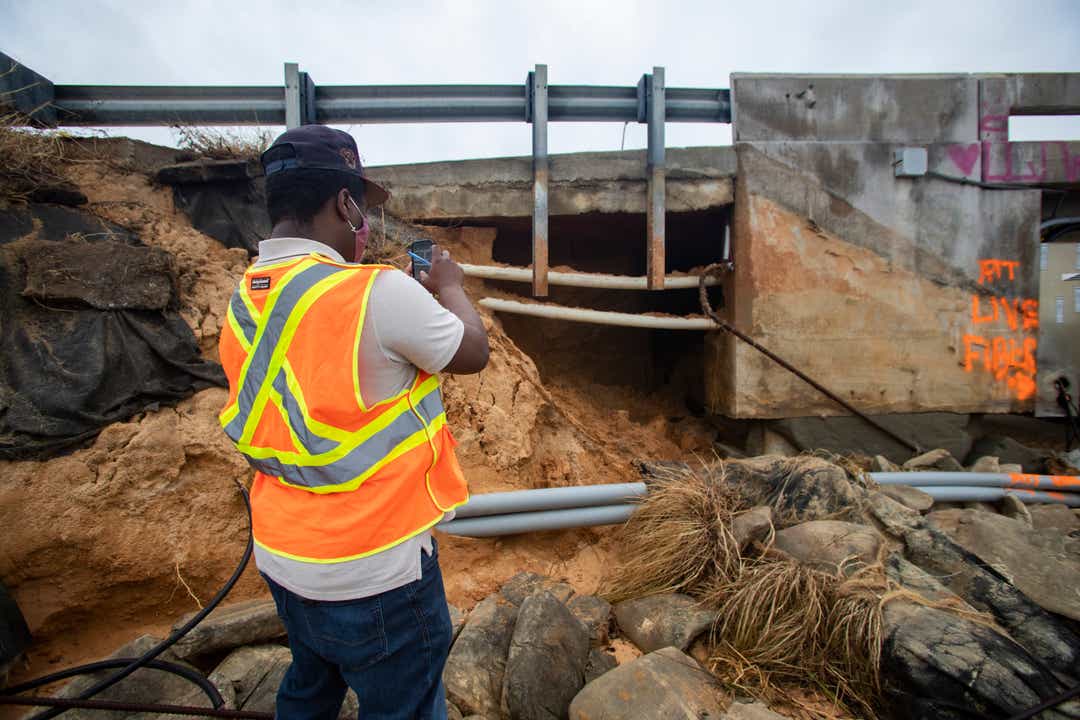 “When you’re entering or exiting the bridge itself on that northbound side is where we’re asking you to drive slowly,” Bender said. “Even though we have not seen any additional undermining or debris falling, it’s a precaution so that we don’t create further damage and lose access.”

Sanders said when both sides are reopened, she would feel like workers have done everything to make it safe.

The bridge is safe to cross, officials say

Bender met with engineers and Gulf Breeze officials Monday to inspect Bob Sikes Bridge again as well as drive across it, he said during a news conference with public officials Monday afternoon.

“We have not seen any new damage since the initial inspection on Friday. And so we still feel confident in our assessment of allowing traffic to traverse to bridge and our plan to allow for heavy vehicles,” Bender said during the news conference.

Traffic is running along the northbound span with cones separating cars going each way. The southbound portion of the bridge has been closed to traffic since the storm because of the erosion and only opened to residents and workers on the beach.

Despite being restricted to 5 mph, the size of vehicle is not restricted, with officials removing cones to allow the larger vehicles to drive down the center of the roadway.

The county is still waiting on a major disaster declaration from FEMA to begin repair work on the bridge. Bender told the News Journal earlier Monday that he hoped construction would begin Tuesday.

“Really, as with everything else in the county, we’re awaiting that major declaration from FEMA,” Bender said. 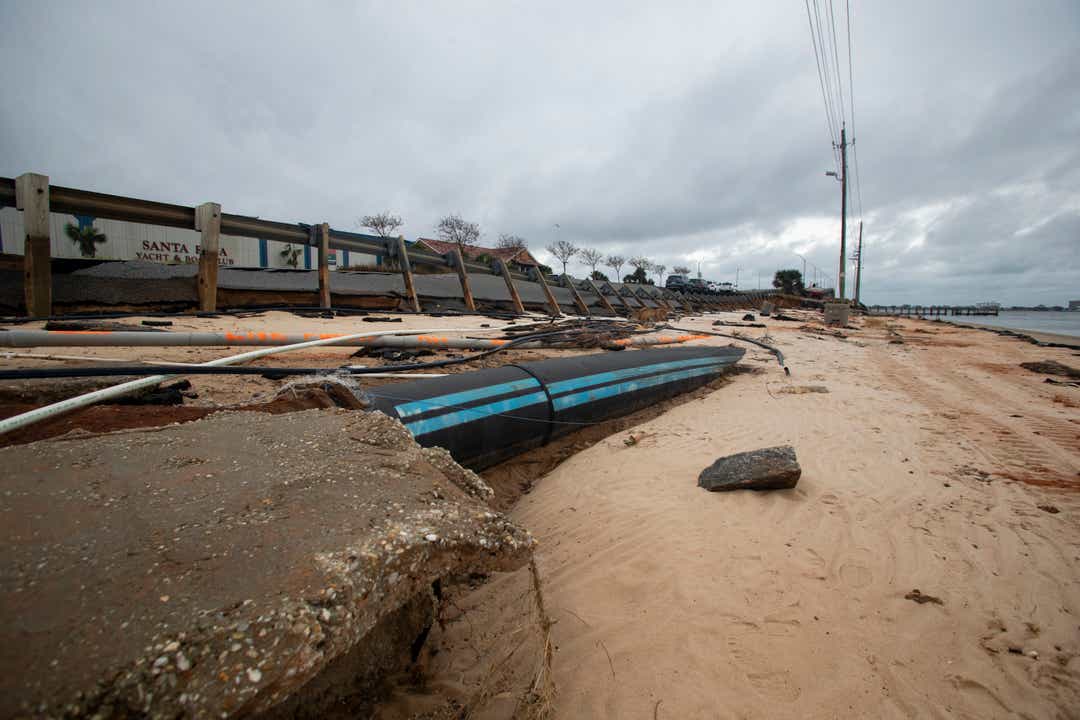 He didn’t have an cost or construction start time as of Monday afternoon. Officials said Sunday, they expect repairs to take about three weeks.

‘I don’t know what else they can do’

Pamela Avery, a Pensacola Beach resident who was at her job as a pastor at Gulf Breeze United Methodist Church Monday afternoon, said traveling across the bridge is a bit nerve-wracking for her but a necessary evil without many grocery options on the beach.

She said when she comes to work, she tries to do everything she needs to in town before going home to cross the bridge as little as possible.

“(They’re) just saying that we need to go very slowly to be very cautious, which I do. With all the bridges out around us, it makes you feel a bit isolated and nervous about driving any bridge,” Avery said.

The Bob Sikes Bridge is the only way off Santa Rosa Island because Highway 399 across the Gulf Islands National Seashore between Pensacola and Navarre beaches is damaged and covered with sand in some parts.

NAS damage: Not even NAS Pensacola thought Sally would be so bad. They’re picking up the pieces too.

Avery said a time like this makes her question living on an island with only one way off and on. She said she does appreciate the county restricting who can come and go on the bridge.

“And I don’t know what else they can do. We can’t build bridges very fast. … I was thinking it’d be nice to invest in a helicopter company when you live anywhere in Gulf Breeze. That’s a business opportunity for someone,” Avery said with a laugh.

On the other side of the spectrum, Kyle Fogel, director of the Upper Room campus, a church on Pensacola Beach, commutes to beach from Pensacola. He’s been on the beach about every day since the hurricane and it’s been pretty smooth so far.

Fogel said the 5 mph speed limit with trucks allowed is understandable to him so the beach can get the needed supplies to make repairs.

“It’s going to be some time until we can fully get the beach back to where it needs to be and where we want it all to be. I think all the residents understand that. Everybody understands that. We just went through a pretty good hurricane that not a whole lot of us were ready for and we’re just kind of taking it day by day and doing what we need to do,” he said.

Rhonda Dorfman, president of the Pensacola Beach Advocates, said she was comfortable driving over the bridge because public officials had let it traffic remain on it since Hurricane Sally. Her only concern is if the situation changes and she can’t to her son, who is a special needs adult and works at a hospital across the bridge.