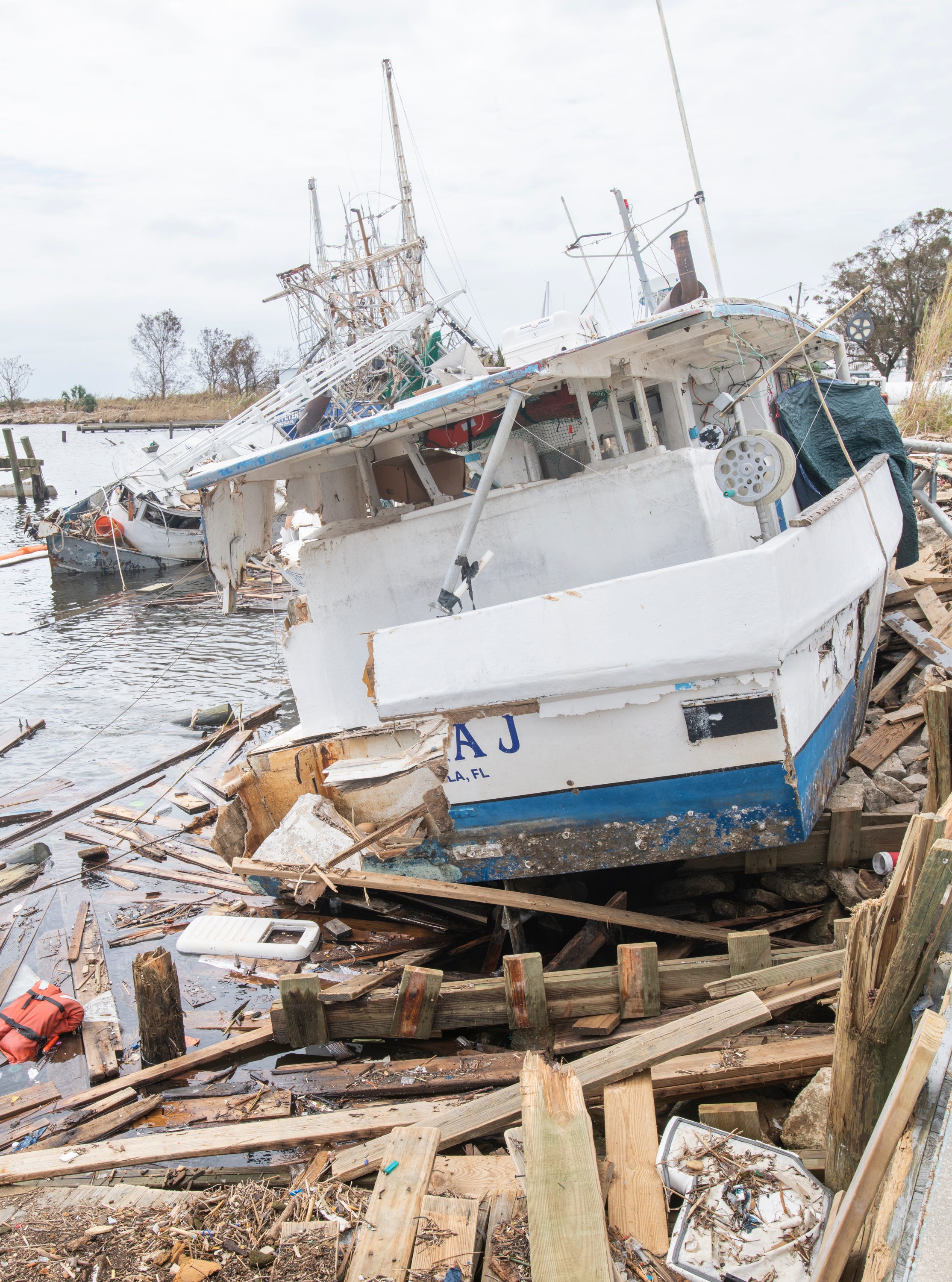 Escambia County is continuing to recover from the effects of Hurricane Sally, which made landfall six days ago.

Officials’ latest estimate is the county is close to $183 million in damage to city, county, school district and Emerald Coast Utilities Authority properties.

Hurricane Sally: Where the hardest hit areas of Santa Rosa County are, and how much it could all cost

The county is still waiting on the federal government to declare Hurricane Sally a major disaster for Florida and unlock financial assistance for individuals from the Federal Emergency Management Agency.

Escambia County Administrator Janice Gilley said Tuesday at a press conference she had spoken with Jared Moskowitz, director of the Florida Division of Emergency Management, about the declaration.

“He did assure me that he feels extremely confident and us getting a major declaration this week,” Gilley said.

To aid in that decision, officials are calling on residents to send photos and videos of flood damage along with the address of where the damage occurred to the Greater Pensacola Chamber of Commerce, which is assisting with gathering of private reports of storm damage. Reports can be sent via email to News@PensacolaChamber.com.

Escambia County has ended distributing supplies at its points of distribution and has closed its shelter at the Pensacola Bay Center.

Officials have not yet been able to identify the body, but a kayaker was reported missing on Sept. 16 while the area was still feeling the effects of Hurricane Sally.

Agnieszka Sobierajska, 45, was last seen Sept. 16 kayaking in the 16000 block of Innerarity Point Road before she went missing. Authorities asked at the time that anyone who knows of Sobierajska’s whereabouts contact the Escambia County Sheriff’s Office at 850-436-9620.

Morgan initially announced during a Tuesday press conference that two bodies had been found, but a spokeswoman later clarified that he misspoke and only one woman’s body has been recovered.

Authorities believe a boater who left shore Sept. 16 to retrieve his mother’s pontoon boat could have been the first Sally-related death in Florida, though his family is holding out hope that he could be found alive.

Brandon William Nicholson, 27, was last seen at about 10:30 a.m. Sept. 16, after he left his Riola Place home, paddling a 12-foot jon boat to retrieve his mother’s pontoon boat that broke loose during the storm.

The U.S. Coast Guard suspended its search for Nicholson on the evening of Sept. 17 after crews were unable to find him.

Morgan also confirmed over the weekend that authorities believe one person in Pensacola died due to carbon monoxide poisoning after operating a generator indoors. The cause of death has not yet been confirmed by the medical examiner.